Both me and my parents have been to Vietnam a few times… but this is their first time visiting Ho Chi Minh city… a bustling financial city to the south of Vietnam.

Arriving late in the afternoon…. we decided to take a rest in our apartment.  For dinner we head to 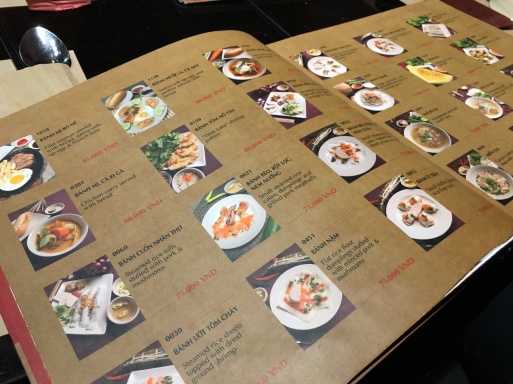 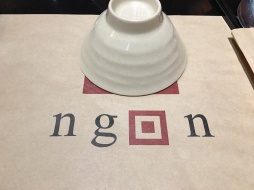 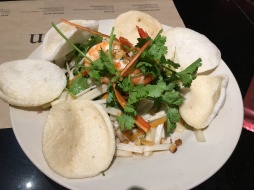 This restaurant serves Vietnamese, Chinese, Thai and Western Cuisines…. of course we ordered Vietnamese food….. In my own opinion…. if you are visiting a country… you must eat their food to fully experience their culture.

Trying out the Saigon Special 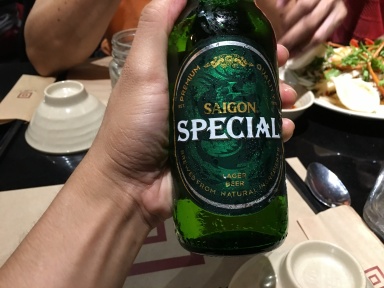 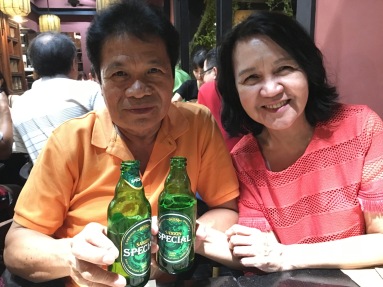 Overall, the food was enjoyable…since my parents prefer vegies rather than meat…

After our dinner, we headed to Ho Chi Minh City’s most iconic landmarks.. 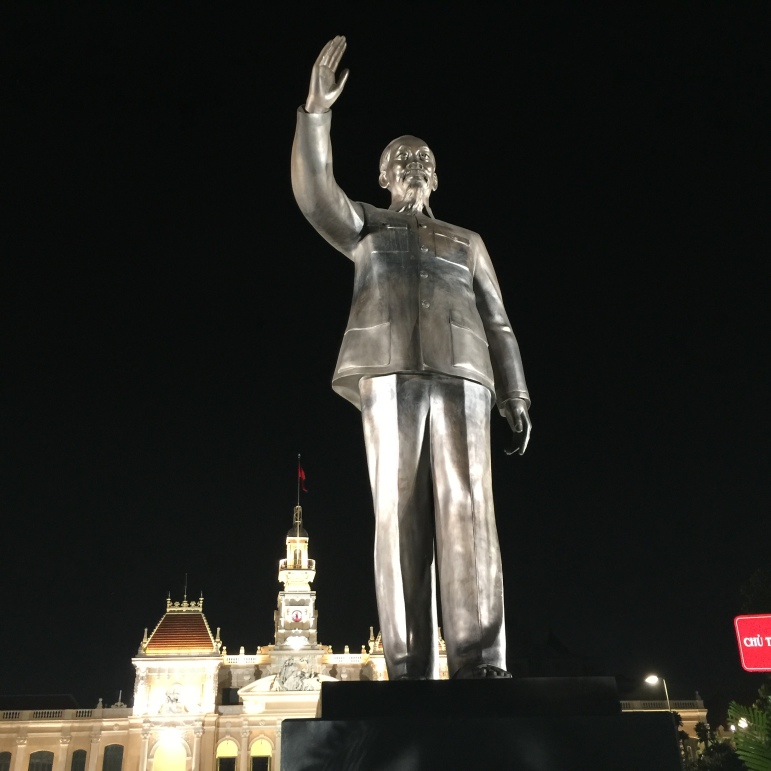 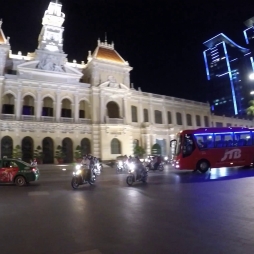 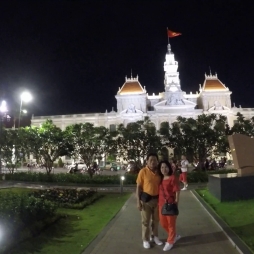 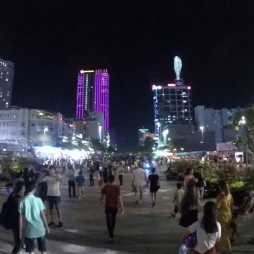 Pretty crowded place even if it’s Thursday…. A must see place when you are in Ho Chi Minh City.

Ho Chi Minh Square can be found in the middle of District 1, right in the city centre, and is surrounded by beautiful French colonial style buildings. On this square you will find a statue of Uncle Ho, which was placed to honour the 100th birthday of Ho Chi Minh City People’s Committee (City Hall).

The City Hall is a popular place for tourists to take pictures and is especially beautiful around dusk, when many of the landmarks are lit by soft lighting.

On the second day after lunch, we started our tour by visiting another famous landmark in the city. 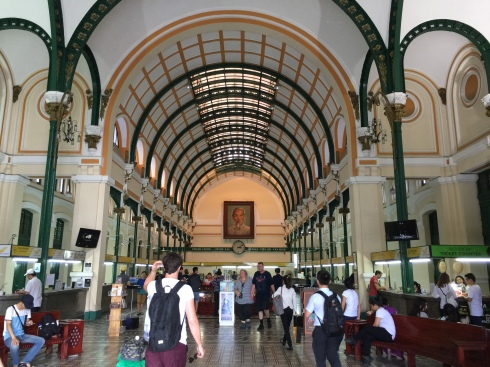 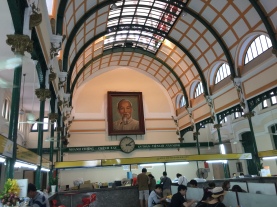 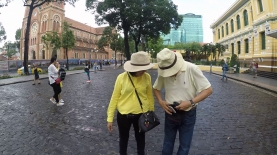 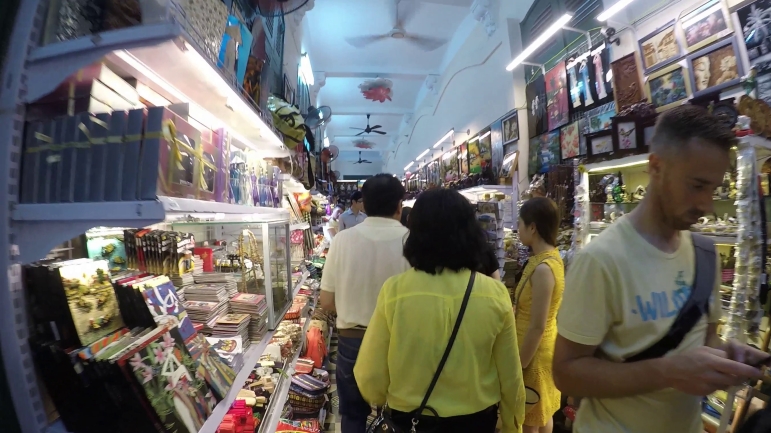 The Central Post Office in Ho Chi Minh was constructed between 1886 and 1891 and once inside, the looping arches, intricately designed marble floors and antiquated telephone boxes all serve as a reminder of the importance the post office played in days before email and mobile phones. Although the architecture is distinctly French, the large portrait of Ho Chi Minh hanging high above everyone at the far end of the building reminds everyone we are definitely in Vietnam.

The moment you enter the place, you can buy souvenirs shops both to your left and right… I think there’s a large variety of things that they sell there… the prices are not bad too.

At the other side of the road is also, a famous landmark that many tourists visit. 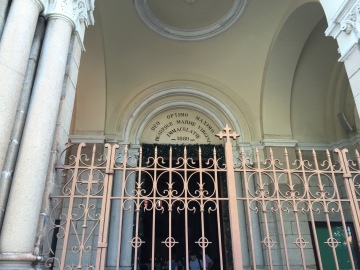 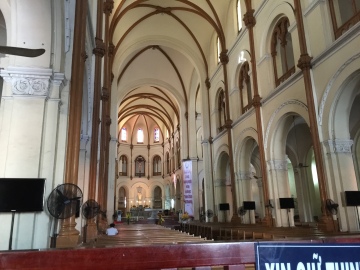 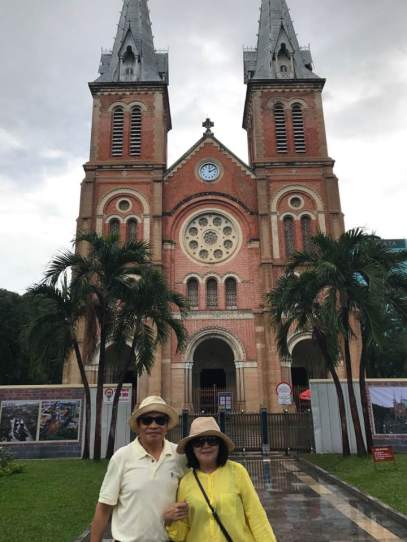 Saigon Notre Dame Cathedral, built in the late 1880s by French colonists, is one of the few remaining strongholds of Catholicism in the largely Buddhist Vietnam. Located in Paris Square, the name Notre Dame was given after the installation of the statue ‘Peaceful Notre Dame’ in 1959. In 1962, the Vatican conferred the Cathedral status as a basilica and gave it the official name of Saigon Notre-Dame Cathedral Basilica.

After that, we headed to Ben Thanh Market… you can say it’s quite similar to Chatuchak market in Bangkok…but smaller. 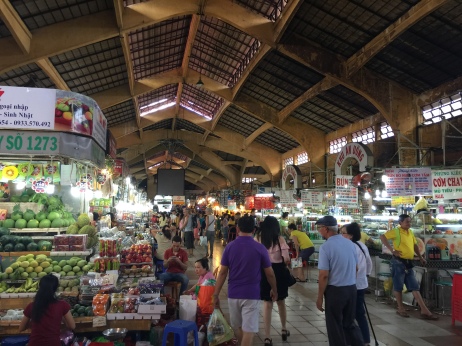 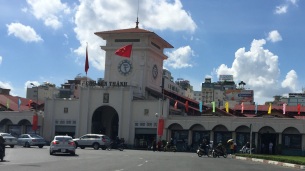 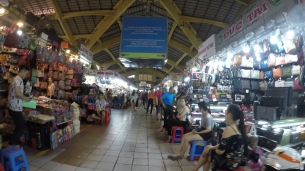 Ben Thanh Market in Ho Chi Minh City’s District 1 is a great place to buy local handicrafts, branded goods, Vietnamese art and other souvenirs.  I do find the goods here tend to be more expensive that most places around Saigon which sells similar stuff. Do bargain there…. cause I remember seeing this Non La or Vietnamese Conical Hat from another market, it and it cost around  50k VND… here in Ben Thanh, they are selling it for 150K VND… some difference yeah…

Also, you’ll find eating stalls inside the market where you can get a taste of hawker-style Vietnamese cuisine or simply cool off with a cold drink when the bargaining becomes too much. The market is big, difficult to navigate at times and certainly best avoided during the hottest part of the day but all the same its well worth a look.

When night falls, restaurants around the perimeter of the market open their doors creating a vibrant street side scene filling the air with the scents of wok-fried noodles, barbecued fish and meats. One of Saigon’s oldest landmarks, Ben Thanh offers a great atmosphere that is absolutely authentically Vietnamese.

After our trip to the market, it’s time to sit and relax somewhere….  Recommended by my fiancée, we decided to give this place a try. 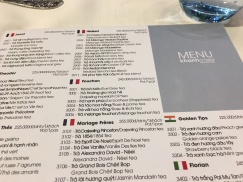 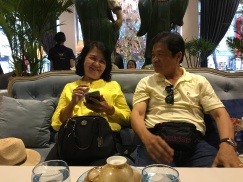 First thing I will say is, the things here are very expensive… I mean… compared to other drinks that I been buying so far… average drink is around 230K VND or 10 USD.  Overall, the freshness, the way it look, the taste and the environment of the place makes it feel like it’s worth the money.

Our final tour was a puppet show…. I been to several Asian countries.. and each have their own unique puppet show. 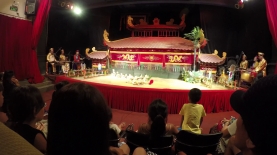 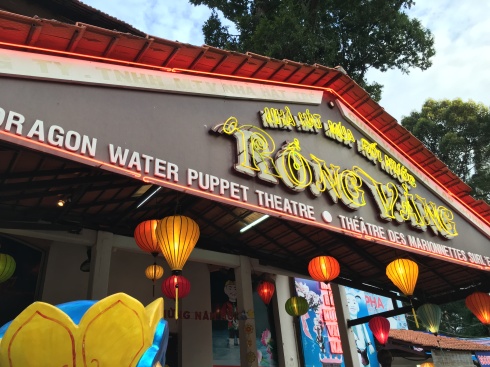 Traditional Vietnamese Water Puppet Shows remain one of the cultural draws for most travelers to Ho Chi Minh City. Originating in the sodden rice paddies of the Red River Delta in North Vietnam, the two most popular places to see a water puppet show in Ho Chi Minh are at The Golden Dragon Water Puppetry Theatre and at the Villa Song Saigon (formerly Thao Dien Village).

Depicting the culture, traditions and folklore of Vietnamese life, visitors are entertained by puppets acting on a ‘stage’ of water accompanied by live old-fashioned music played on authentic instruments. Shows are performed entirely in Vietnamese which is not a problem for the visiting tourist as the puppet gestures are obvious enough to keep the audience enthralled.

The musicians are often positioned to one side of the stage adding in sound effects and songs as the people-styled puppets, dragons, fairies and other ornamental figures dance across the stage